As I’m sure you already know, Drupal 9.0.0 was released yesterday which was the result of thousands of people in the Drupal community coming together to make Drupal even more amazing. The release has a new Drupal 9 landing page and a Drupal 9 video that highlights the journey of Drupal and the Drupal community. We are truly better together.

You are also most certainly aware of the tragic killing of George Floyd as a result of police brutality and the resulting protests throughout the United States and other parts of the world. As an American, it sickens me to see how the Black community is treated in the US. Systemic racism is real and real change is needed urgently. Watching the peaceful protests throughout my country, I feel outrage, sadness, and hope. 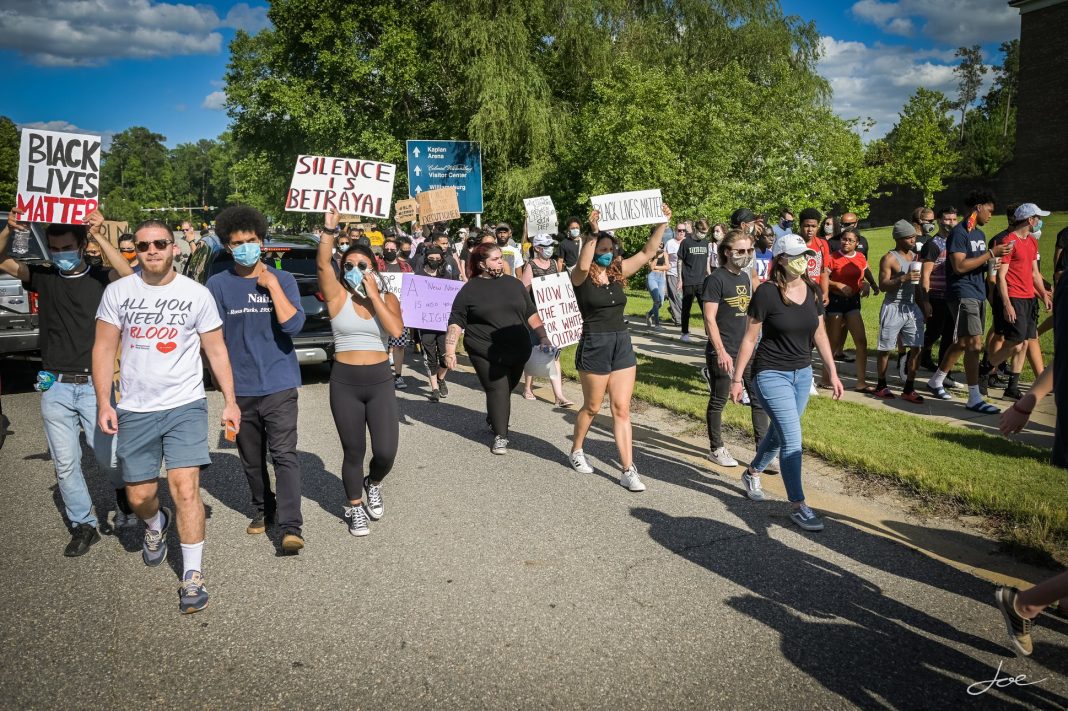 For better or worse, I’ve been on Twitter a lot over the last couple months, and during the last couple weeks, it’s been difficult to reconcile the content in my Twitter feed. Violence and anger and grief from yet another senseless tragedy in the Black community. Excitement and pride and joy from years of hard work on Drupal 9. I’ve struggled to take pleasure in the Drupal 9 release while watching the heartbreaking events unfold in the news.

Happy birthday! Drupal 9 was officially released on June 3rd, 2020 and is available to start using today.

But what does this mean for the thousands of websites currently using Drupal 8 (and earlier)? Do you have to upgrade? Will your existing Drupal site no longer be supported? What is new and how different is it from the Drupal we know?

Let’s take a look at these questions, review the upgrade process and highlight what’s new or changed with the latest version of this popular open-source CMS.

Most eCommerce platforms support offering multiple product variations on a single product display page. These variations are often differentiated by named attributes, e.g. size, color, etc. In Drupal Commerce, we support all of this via Product and ProductVariation entities paired with ProductAttribute and ProductAttributeValue entities that define those differentiating attributes on each variation. Furthermore, you can fully customize your product data model by adding fields of any Drupal field type to your products and variations.

Unlike many other platforms, we support virtually unlimited variations and attributes for any product. It may seem like a small thing, but consider that Shopify, one of the largest eCommerce platforms in the world, only lets you add 3 such attributes to your products, only supports entering options via free-tagging, and offers no way to change how attributes are rendered on the Add to Cart form. This is all elementary in Drupal Commerce thanks to the strengths of Drupal’s data model.

Today, we released Drupal 9.0.0! This is a big milestone because we have been working on Drupal 9 for almost five years.

I updated my site to Drupal 9 earlier today. It was so easy, it’s hard to believe.

As I write this, I’m overwhelmed by feelings of excitement and pride. There is something very special about building and releasing software with thousands of people around the world.

However, I find myself conflicted between today’s successful launch and the tragic events in the United States. I can’t go about business as usual. Discrimination is the greatest threat to any community, Drupal included.

I have always believed that Drupal is a force for good in the world. People point to our community as one of the largest, most diverse and most supportive Open Source projects in the world. While we make mistakes and can always be better, it’s important that we lead by example. That starts with me. I am committing to the community that I will continue to learn more, and fight for equality and justice. I can and will do more. Above all else, it’s important to stand in solidarity with Black members of the Drupal community — and the Black community at large.

During this somber time, I remain incredibly proud of our community for delivering Drupal 9. We did this together, as a global community made up of people from different races, ethnicities, genders, and national origins. It gives me some needed positivity.

If you haven’t looked at Drupal in a while, I recommend you look again. Compared to Drupal 8.0.0, Drupal 9 is more usable, accessible, inclusive, flexible, and scalable than previous versions. We made so much progress on such important things:

It’s hard to describe the amount of innovation and care that went into Drupal since the first release of Drupal 8 almost five years ago. To try and grasp the scale, consider this: more than 4,500 individuals contributed to Drupal core during the past 4.5 years. During that time, the number of active contributors increased by almost 50%. Together, we created the most author-friendly and powerful version of Drupal to date.

Thank you to everyone who made Drupal 9 happen.

Drupal 9 comes with even more of the cutting-edge features that Drupal developers and users love. One out of every 30 websites in the world including Lufthansa, the CDC National Prevention Information Network, the European Commission, Médecins Sans Frontières/Doctors Without Borders, NASA, GRAMMYs/Recording Academy and Stanford University trust Drupal as the platform for their ambitious digital experiences.

The updated version delivers powerful new features and an enhanced user experience. These features empower Drupal’s vision for the next generation of the web and include:

One of the key reasons Drupal has been successful is we have always made big, forward-looking changes,” says Dries Buytaert, founder and project lead of Drupal. “As a result, Drupal is one of very few CMS platforms that has stayed relevant for 20 years.”

One of Drupal’s key users says they depend on Drupal’s easy-to-use interface to keep their content up-to-date—even when their developers aren’t immediately available.

In a case study about how the ACLU uses Drupal, the ACLU team says, “With Drupal’s new capabilities to create and administer content, including robust media support …[and] full layout control, without the aid of developers, … [Drupal] empowered the ACLU to be more dynamic and responsive to external events.”

While this new version makes it easier for non-developers to contribute to dynamic web platforms, it also continues to advance the underlying technology at the forefront of digital experiences—enabling developers to build the next generation of the web.

“Drupal’s API-first architecture puts it years ahead of competitors as a decoupled or headless framework,” says Tim Lehnen, chief technology officer for the Drupal Association. “Drupal can serve as the content hub for rich experiences built with the latest technologies, including modern javascript frameworks like React, Angular, or Vue, or even with emerging channels like digital assistants and AR/VR applications.”

Buytaert says a key focus was making the process of upgrading as easy as possible for its users.

“Drupal’s innovation has only accelerated since the release of Drupal 8 four years ago,” says Buytaert. “Historically, major upgrades have been costly. With Drupal 9 we wanted to innovate quickly and provide an easy upgrade path from Drupal 8. We did exactly that! The upgrade from Drupal 8 to Drupal 9 is the easiest major upgrade in the last 10-plus years.”

Powered by a global community

Drupal is a true open source project, leveraging the expertise of tens of thousands of developers around the world. Drupal has earned a reputation for security, performance, accessibility and scalability that is unparalleled in the CMS ecosystem. Drupal’s core strength has always been its ability to manage structured data—written once, and reused anywhere—and the Drupal community has doubled down on this with Drupal 9.

To upgrade or get started

If you’re ready to experience Drupal, discover how easy it is to build or integrate your digital portfolio by visiting drupal.org/9.

Need some help onboarding with Drupal or building a digital experience from scratch? There are many agencies in the Drupal community that would be happy to help.

About Drupal and the Drupal Association

Drupal is the open source content management software used by millions of people and organizations around the world, made possible by a community of 100,000-plus contributors and enabling more than 1.3 million users on Drupal.org. The Drupal Association is the non-profit organization dedicated to accelerating the Drupal software project, fostering the community, and supporting its growth. 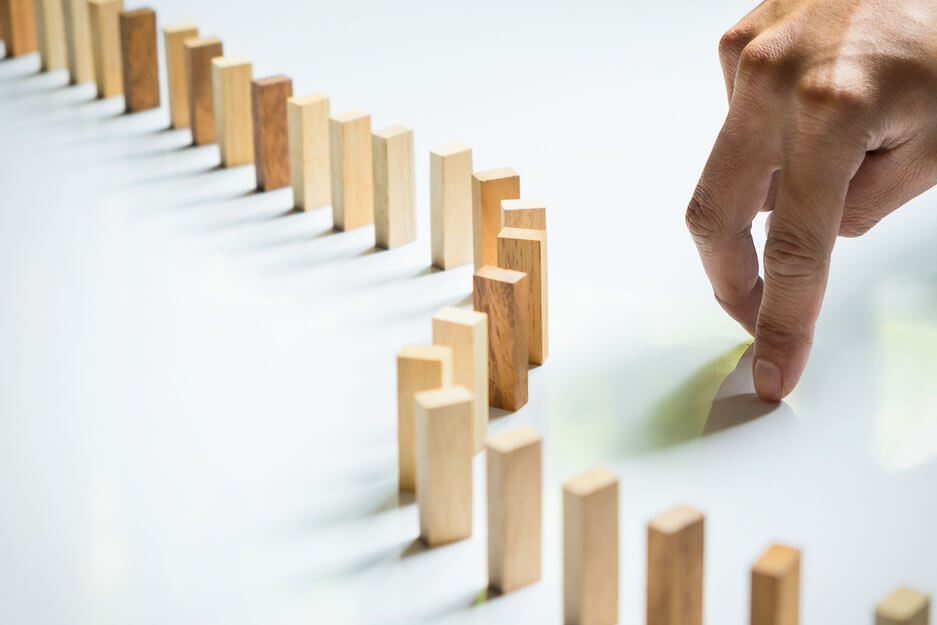 Most websites, even ones that have a perfect URL structure from the beginning, may need URL redirects sooner or later. URL redirects are small tasks that carry a big value. Since one of our fields of expertise is Drupal website support & maintenance, we often face website redirect tasks.

Drupal 9 launches today, with the revolutionary new simple upgrade path, removal of deprecated code, and no new features (which is actually a good thing). 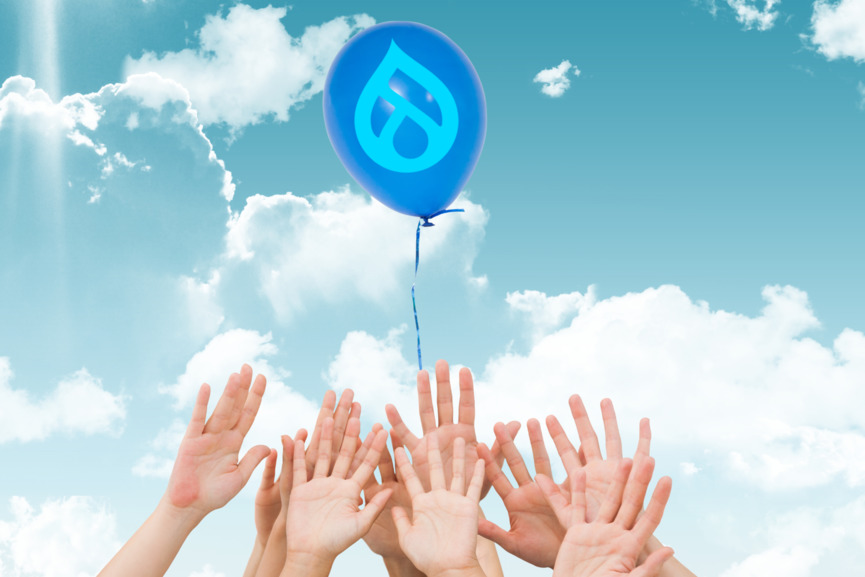 Today is June 3 that means that Drupal 9 is already out. What can we expect?

What updates are offered? How to migrate to Drupal 9 painlessly?

Today DruDesk experts answer those questions and others.

We would like to note that DruDesk switched to a high-efficiency model of cooperation. This means that we complete your tasks twice as fast. If you have additional questions – write to us.