The Drupal Community Working Group (CWG) consists of volunteers who help promote the health of the Drupal community; maintain and uphold the Drupal Code of Conduct; and act as an escalation point to help mediate conflict between community members.

An important next step following these changes was to fully appoint the CWG Review Committee. The Drupal Association worked in the first part of 2019 to identify candidates for the third party seat of this panel.

At DrupalCon Seattle we were pleased to announce that the Review Panel is fully staffed. The current members are now: 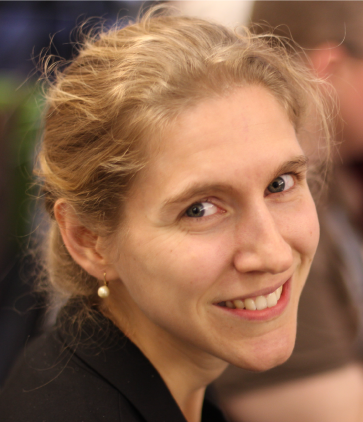 Member of the Drupal Association Board. Elected by the community to a two-year term in 2018, Suzanne is a community leader and co-founder of Evolving Web.

Member of the Drupal Association Board. Elected by the community to a two-year term in 2017, Ryan is a longtime community member and contributor to Drupal, as well as the founder and CEO of Centarro.

Jono Bacon is an experienced community strategist, speaker, author, and podcaster —and has consulted with a number of proprietary and open source organizations on community strategy and culture. The third seat of the panel has a term set by the board of the Drupal Association upon appointment, typically lasting 2 years.

What is the role of the Review Panel?

The Review Panel’s mandate includes approving the appointment of new members of the CWG and acting as the escalation point for Community Working Group issues. The CWG Review Panel serves as the final escalation point for CWG matters, though in exceptional cases where an issue may represent a significant concern to the whole project, the panel may escalate an issue to the full Drupal Association Board.

The Review Panel’s mandate only extends to issues that are appealed to it if one of the involved parties feels a decision of the CWG is unreasonable. The Review Panel is not responsible for reviewing decisions that take place outside of the CWG process (such as Drupal.org terms of service violations, DrupalCon Code of Conduct violations resolved directly by Association staff, or other issues that have been escalated to the full board of the Drupal Association). Requests to review those decisions must be referred to the party that made the decision.

The Review Panel is not involved in the CWG’s day-to-day activities; only matters that are brought to it as part of the appeals process, or at the discretion of the CWG. The Review Panel may, however, consult with the members of the Community Working Group to help them develop programs for proactively supporting community health.

How do the Drupal Association and the CWG work together?

Under its new charter, the CWG is able to draw upon the resources of the Drupal Association, including legal advice and protection. It is also better equipped to proactively address the needs of the Drupal community.

For example, at DrupalCon Seattle the CWG presented a workshop on developing strategies for effective and inclusive group communication with the help of funding from the Drupal Association. The CWG is also currently soliciting feedback from the community as it prepares to review and update the Drupal Code of Conduct.

These are among the first of what we hope will be many initiatives to promote the health and well-being of the Drupal community, and to enhance volunteer leadership skills and sustainability as we continue to help make the Drupal community one of the most compassionate, inclusive, and intentional communities in open source.