JD Does Development: Docksal gets a Training

In July of last year I started a new job as a developer with a new agency. During my first week, in between meetings, HR trainings, and all the other fun things that happen during onboarding, I was introduced to the preferred local development environment that was being used on most of the projects.

It was lightweight, based on Docker, it ran easily, and it was extremely easy to configure. Prior to this, I had bounced around from local setup to local setup. My local dev environment resume included such hits as MAMP, WAMP, Acquia Dev Desktop, Kalabox, VAMPD, DrupalVM, Vagrant, ScotchBox, VirtualBox, native LAMP stacks, and everything in between. All of them had their strengths and weaknesses, but none of them really had that spark that really hooked me.

When I first started using Docksal, I thought it was just like any other setup, and to a point, it is. It creates a reusable environment that can be shared across multiple developers and setup to mimic a hosting provider to a certain point, but the two things that really grabbed me were how easy it was to get started and how fast it was compared to other systems. Docksal has one key, killer feature in my opinionated mind, and that’s the fact that the entire application is written in Bash. The primary binary (which may or may not be the name of my upcoming one-man, off-Broadway, off-any stage show) begins with #! /usr/bin/env bash and runs on any system that has the bash executable, which encompasses Linux (of course), macOS, and now Windows thanks to WSL and the ability to add Ubuntu.

One thing that was missing, though, was a training guide. It has AMAZING documentation, available at https://docs.docksal.io, including a great getting started walkthrough, but for someone just starting out using it who might not have guidance and support from people they work with, it might take a little getting used to.

If you know me, you know that I enjoy talking at conferences. I’ve given over two dozen presentations at several types of events from local meetup groups to national level conferences. If you don’t know me, you just learned something new about me. Since I enjoy talking in front of people so much, the next logical step was to find something I’m familiar with and make a training of it. Turns out, I’m familiar with Docksal.

I submitted my pitch for a training to NEDCamp, the New England Drupal Camp, and they accepted it. Since I now had a reason to write a training, I began writing a training. Initially, I started with a very high-level outline, and eventually built a framework for my training. Thanks to the nature of open source, I was able to use many of the features that https://docs.docksal.io already had in order to make my training seem a little familiar to current users and easily accessible to new users.

The first go at this training will be at NEDCamp 2019 on Friday, November 22nd. This will be the first time a dedicated training spot has been used to train on Docksal, and I’m extremely excited to see how it goes and how to improve. After that training, I will make my handbook available online, eventually to be merged into the Docksal Github repo as part of the documentation. I have had help from numerous people in building this training, especially from the Docksal maintainers, Sean Dietrich, Leonid Makarov, Alexei Chekiulaev; folks who have reviewed what I’ve written so far, Dwayne McDaniel and Wes Ruvalcaba; and people who have challenged me to learn more about Docksal, whose numbers are too high to list them all.

If you’re interested in learning how to use Docksal or what it’s all about, consider attending my training at NEDCamp on November 22nd. You can find all the details on the NEDCamp training page, and if you can’t make it, be sure to watch for the handbook to be released soon.

Since I’m still working on the finishing touches, why not take the time to let me know what you would like to get out of this type of training or what you wish you would have known when learning how to use Docksal or a similar product in the comments and where you feel extra attention should be placed. 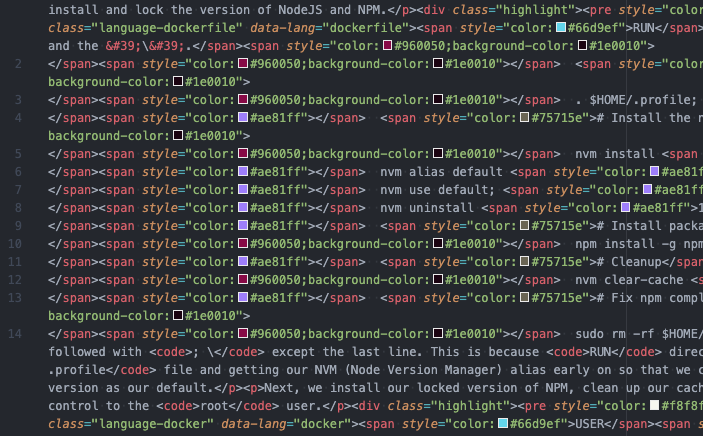