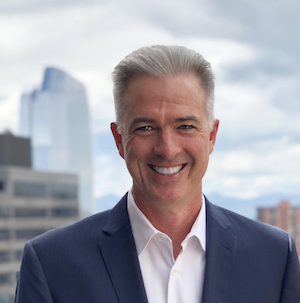 Continuing our short series of articles highlighting ways that the Drupal software and its community are building solutions to help combat the effect of COVID-19, today we hear from Mike Ansley of Colorado Interactive. Here, he describes their project at the Colorado Department of Public Health & Environment and the Colorado Governor’s Office.

The site immediately served as the State’s primary source of updates, aggregated data, and general information. To promote the resource, CI created a custom banner application in Drupal to implement universal COVID-19 messaging and links for its 300+ websites.

CI’s Drupal platform enables CDPHE staff to manage site content and leverage custom design elements to provide the public with clear, uniform information, including the integration of data visualizations from the State’s Tableau server to graphically illustrate the number of cases, by county, age, date, etc. This data visualization site consistently has 67% of the entire site traffic across all hours of the day. At 4:00 pm each day, when CDPHE publishes the latest pandemic data set on the site, traffic grows from roughly 1,500 to tens of thousands of users on the site.

The highest number of users to the site was 99,684 users at 7:00 am on Thursday March 27, shortly after the Colorado Emergency Operations center included the site’s url in the message to announce the State’s Stay at Home Executive Order via the Emergency Alert System (distributing cell-phone alerts to statewide residents). Over its initial two weeks, there have been over 12 million page views and over 2 million user visits to the COVID-19 website, with average visit duration exceeding 2 minutes. In the initial month, over 3.6 million users visited the website.

Colorado Interactive (CI) hosts, manages, and supports over 300 state and local government websites on its Drupal platform as the official portal integrator for Colorado’s Statewide Internet Portal Authority. CI developed and provisioned the State’s official COVID19 resource, a Drupal website for the Colorado Department of Public Health & Environment in March. In early April, immediately following the Governor of Colorado’s statewide Stay-At-Home Executive Order, CI responded to the Governor’s Office’s urgent request for a new website to aggregate resources for Coloradoans during the Order.

CI led a collaboration among the Governor’s Office, the Governor’s Innovative Response Team (IRT), and volunteers from the Citizen Software Engagement Group (CSEG) to design and publish an entirely new, fully responsive Drupal 8 website in less than 48 hours. The site features an online directory of services and resources available to Coloradoans as they face an extended period of a stay-at-home order. Visitors of the site can utilize extended predefined lists and key term search functionality to find resources. Via an integration with CI’s application tool, businesses and organizations can submit an online form to be included in the public-facing directory. The CI team also designed a new theme, including custom blocks to showcase highlight calls-to-action, drive ease of use, and accommodate easy admin management. The Governor’s Office, as well as a variety of public and private sector stakeholders, have since acknowledged CI’s Drupal website as a valuable resource in helping Coloradoans during the crisis.