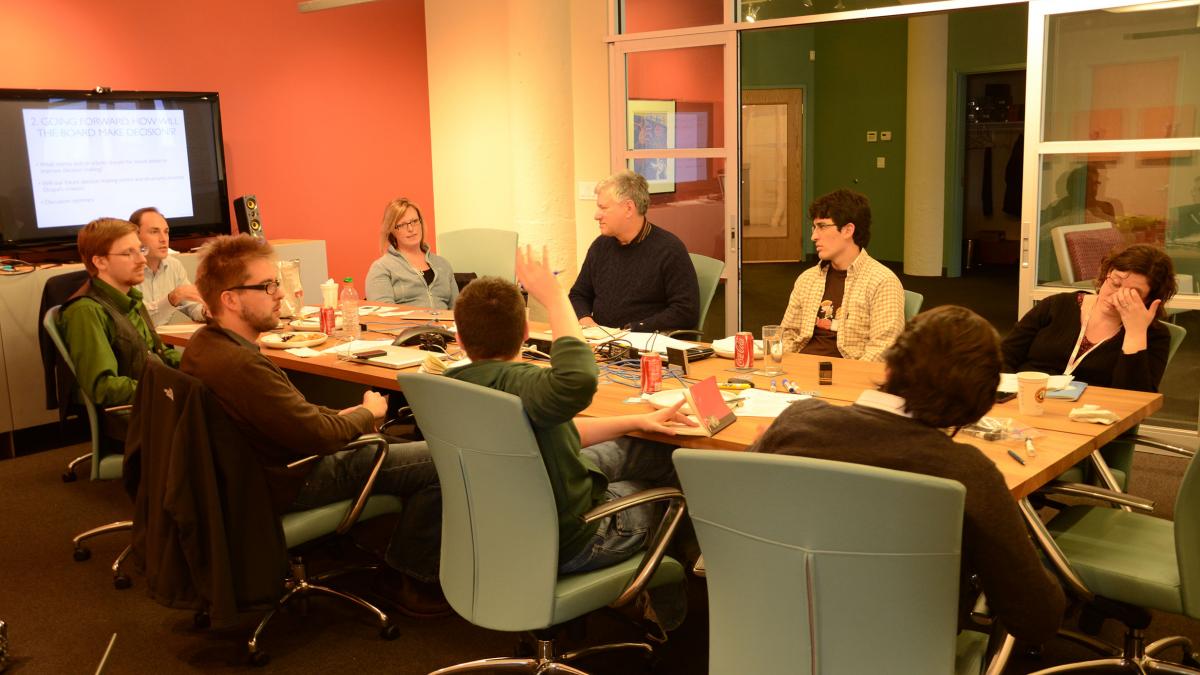 How organizational cruft creates confusion for the contributor community and what might be done to address it.

I am no longer a Drupal Association board member nor was I involved in or privy to the discussions around the changes that the Drupal Association Board made to voting eligibility made this spring.  I’ve been reflecting on what I’ve heard from all sides and find that I may have some context that might prove helpful in understanding how we got here and some ideas on moving forward. Ultimately, the vestigial linguistic mapping that we used to ease the transition from Drupal VZW to DrupalCon, Inc. may instead be creating tension and misaligned expectations. The more the DA can clarify and create aligned expectations between itself and its contributors the stronger the Drupal’s future can be.

Drupal VZW was structured as an “association with non-profit purpose” (Vereniging zonder winstoogmerk in Dutch, abbreviated VZW or in French, Association sans but lucratif, or ABSL). A VZW has a defined structure which may be unfamiliar to non-Europeans: an association has a General Assembly (GA) of permanent “members” who nominate new people to become members of the GA at their discretion and then select the board of directors from among that GA membership; the membership rights and obligations are also quite defined and standardized. The original Drupal Association began as a GA of members selected by Dries with other members added annually by nomination of existing members based on their contributions to Drupal.

While establishing the DA as a VZW initially was the most expedient option, by 2009 when I joined the GA and the board, the structure was under strain. At its peak, Drupal VZW was an international organization with a General Assembly of about four dozen and a board of ~8 people, most of whom did the work of unpaid staff.

There were many reasons why we decided to deprecate the Belgian organization in 2010 and transfer the primary governance and assets to a US-based 501(c)3. The top three from my perspective were fiscal and tax considerations from the increasingly successful US-based educational conferences (North American DrupalCon), governance challenges with the GA/board structure (quorum was incredibly difficult to obtain to even consider structural changes) and difficulties operating the organization internationally especially during a period of Belgian political instability. Things may have been different had it been structured as an internationale vereniging zonder winstoogmerk (IVZW) from the start, but that is neither here nor there at this point.

The Transition to DrupalCon, Inc.

This context of VZW is important to understand how the bylaws for DrupalCon Inc., the US-based 501(c)3 were drafted. Largely, they are standard non-profit bylaws, but there were some key questions that we considered that informed the ways in which they were different (at least initially):

The Challenge and Impact of Not Defining “Community”

The bylaws are silent on the definition of “community” even though it bestows a pretty important right to it. That lack of clarity has been the root cause of frustrations for both the community and the DA staff over the years and, it seems to me, underlies these current concerns. Without a clear alignment, it has been difficult to establish mutual expectations, to know what to expect and what might be expected in return.

This ambiguity becomes especially confusing in an organization that refers to itself an “Association.” The name itself implies there would be (or should be) members. In an association, the most common right bestowed upon a member of the association is voting eligibility.

Because “community” is not defined it falls to the Board to define. For expediency prior to those first At-Large elections, the DA used logging into Drupal.org in the year prior to the opening of the election to define the “community” as it was easy to quantify and provided some safeguards against fraud. While I recall discussing it as a board, the discussion was about technical feasibility rather than strategic value or engagement. I recall it as a case of measuring what was easy/feasible. We knew it was ridiculously overbroad, but it had worked well enough and better to be more inclusive than less. I don’t recall discussing or validating a definition of “community” with respect to election eligibility again during my tenure, which ended in December 2017.

The problem with this definition is that it sets the bar too low. It is not unreasonable that an organization ask that those who vote in its election be restricted to those who engage with and contribute to the organization. Failure to revisit this definition earlier has ossified an expedient definition into an expectant right. To change a privilege that had been in place that long (albeit one that was very underused) needed more communication with those impacted than was provided.

I fully support the Board in revisiting this neglected portion of its governance process. However, restricting voting eligibility to those with purchased memberships (while again expedient/easy) seems a flawed approach as it both perpetuates the “association” confusion and is overly restrictive. The DA bylaws explicitly state: “DrupalCon, Inc. (the “Corporation”) is a Washington, D.C., nonprofit, public benefit corporation, and it has no members.” The fact that the DA offers individual “memberships” and is now extending voting rights only to those with membership is confusing. To be clear, these individual recurring donations are an essential form of support for the organization (as with any non-profit), but they do not constitute memberships of the non-profit corporation in a traditional association sense. Further, financial donations are not the only support upon which the DA relies. To bestow voting rights in exchange for primarily financial considerations (absent individual appeals) feels restrictive and like an alarming usurpation especially for an open source community.

Over the last ten years, the DA has gradually evolved and matured. The unique characteristics designed to ease the transition from VZW to DCI have increasingly been deprecated or brought into alignment with standard practice for a US-based 501(c)3. The changes have been gradual; to those actively involved in the DA, they might feel like a steady natural progression or for those who are newer to the organization, might feel completely non-controversial. It’s important to keep in mind that the 2019-2020 Drupal Association Board marked the first time when no former member of the Drupal VZW General Assembly (aside from Dries) served on the DA (DCI) Board.

It seems to me that it is time to further evolve and here are my unsolicited recommendations:

My hope is that by addressing some of these legacy semantic issues, the Drupal Association will be able to provide greater clarity, move forward into its next decade and build the kind of strong relationships that allow us all to focus on our shared goals.