Matthew Tift: Drupal as an Ethical Base

Drupal as an Ethical Base
Image 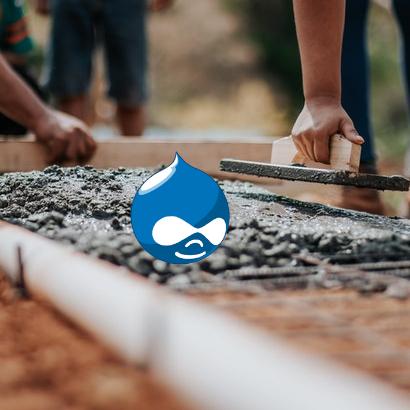 Last week, when I renewed my yoga teaching credentials through the Yoga Alliance, I was required to agree to an “Ethical Commitment” based on values intrinsic to the practice of yoga, such as ahiṃsā (nonviolence), satya (truthfulness), asteya (not stealing), aparigraha (non-possessiveness), and santoṣa (contentment). While it might seem like such an agreement would be limited to my role as a yoga teacher, these same principles inform decisions that I make in all aspects of my life, including how I build my website.

The page on this site titled “How I Built This Site” describes some of the technical choices I have made to represent myself online. This is the first article in a series of articles that will describe each of these choices in more detail.

This website is built using a content management system called Drupal. The Drupal community is one of the largest free software communities in the world, with more than 1,000,000 contributors working together. The values and principles of the Drupal community align well with the Ethical Commitment to which all yoga teachers certified by the Yoga Alliance must agree. While not all of the ethical commitments overlap, here are a few examples to support my claim:

While words and documents are important, I am more influenced by my lived experiences. In both communities I consistently interact with people and witness behaviors that align with my conception of an ethical life.

One significant difference is the Drupal community’s commitment to free software that is difficult to find among yoga teachers. Yoga teachers rely heavily on “free” proprietary services that exploit their users, such as Instagram, Facebook, YouTube, etc. While I have accounts on all of those platforms, I avoid using them whenever possible.

Rather, my online presence relies heavily on Drupal. In this sense, Drupal functions as my “ethical base.” Many of the methods I use to communicate with people online — newsletters, RSS feeds, forms, etc. — are provided by Drupal. Certainly there are many ethical alternatives to the tools used by “surveillance capitalists,” but Drupal happens to be the one that I know well. I’ve been using Drupal for more than a decade and I personally know many of the people who contribute to Drupal.

Both yoga and Drupal have improved my life, and there is nothing magical about either of them. Drupal allows me to interact online in a way that feels consistent with my values. People who use Drupal are granted the “four essential freedoms” of free software. While it would certainly be easier to just use the tools provided by Big Tech, I cannot use those tools in good conscience. Drupal is not automatically ethical, and can be used for all sorts of purposes, both beneficial and harmful. In my case, I use Drupal because I wish to be nonviolent, truthful, and kind to all people. For more than a decade Drupal has provided a solid ethical foundation for my online presence.