Drupal blog: How we are improving Drupal’s configuration management system

Configuration management is an important feature of any modern content management system. Those following modern development best-practices use a development workflow that involves some sort of development and staging environment that is separate from the production environment.

All configuration in a Drupal 8 site — from one-off settings such as site name to content types and field definitions — can be seamlessly moved between environments, allowing for quick and easy deployment between development, staging and production environments.

However, now that we have a couple of years of building Drupal 8 sites behind us, various limitations have surfaced. While these limitations usually have solutions via contributed modules, it has become clear that we would benefit from extending Drupal core’s built-in configuration management APIs. This way, we can establish best practices and standard approaches that work for all. 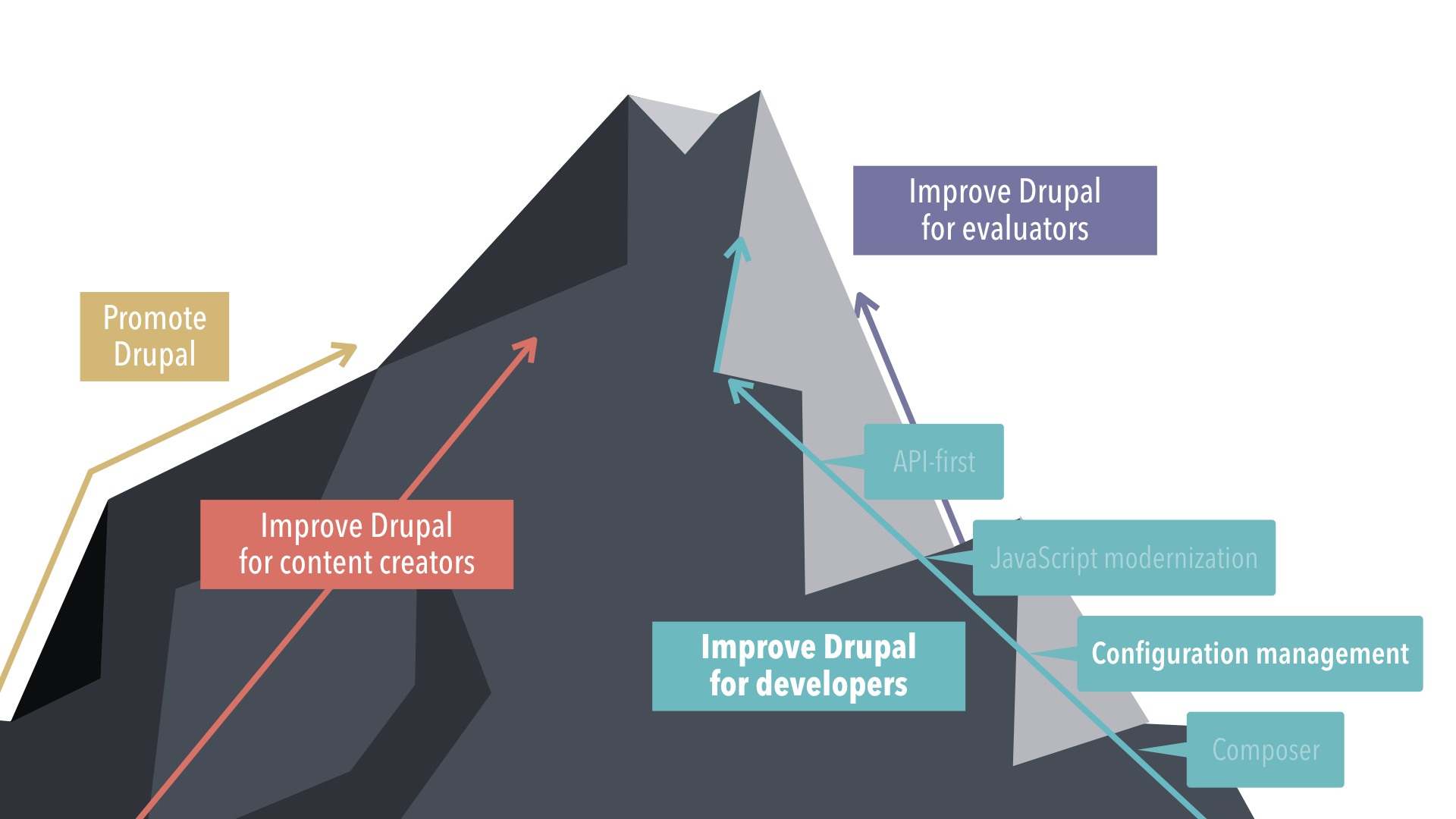 The four different focus areas for Drupal 8. The configuration management initiative is part of the ‘Improve Drupal for developers’ track.

I first talked about this need in my DrupalCon Nashville keynote, where I announced the Configuration Management 2.0 initiative. The goal of this initiative is to extend Drupal’s built-in configuration management so we can support more common workflows out-of-the-box without the need of contributed modules.

What is an example workflow that is not currently supported out-of-the-box? Support for different configurations by environment. This is a valuable use case because some settings are undesirable to have enabled in all environments. For example, you most likely don’t want to enable debugging tools in production.

While the initiative team is working on executing on these long-term improvements, they are also focused on delivering incremental improvements with each new version of Drupal 8, and have distilled the most high-priority items into a configuration management roadmap.

How to get involved

There are many opportunities to contribute to this initiative and we’d love your help.

If you would like to get involved, check out the Configuration Management 2.0 project and various Drupal core issues tagged as “CMI 2.0 candidate”.